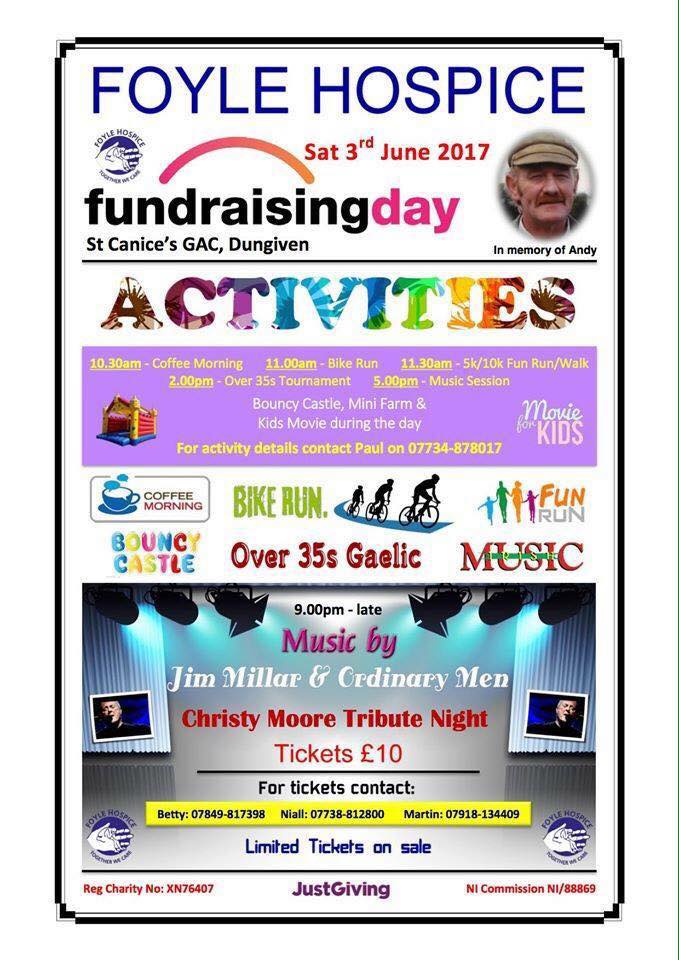 Tickets are now on sale for the finale to the Foyle Hospice Fundraising day in Memory of Andy Murphy on Saturday 3rd June. ‘Jim Millar and Ordinary Men’ play a tribute to the legendary Christy Moore and this promises to be a great night of music and entertainment. There are only a limited number of tickets available for sale so purchase early to avoid disappointment. 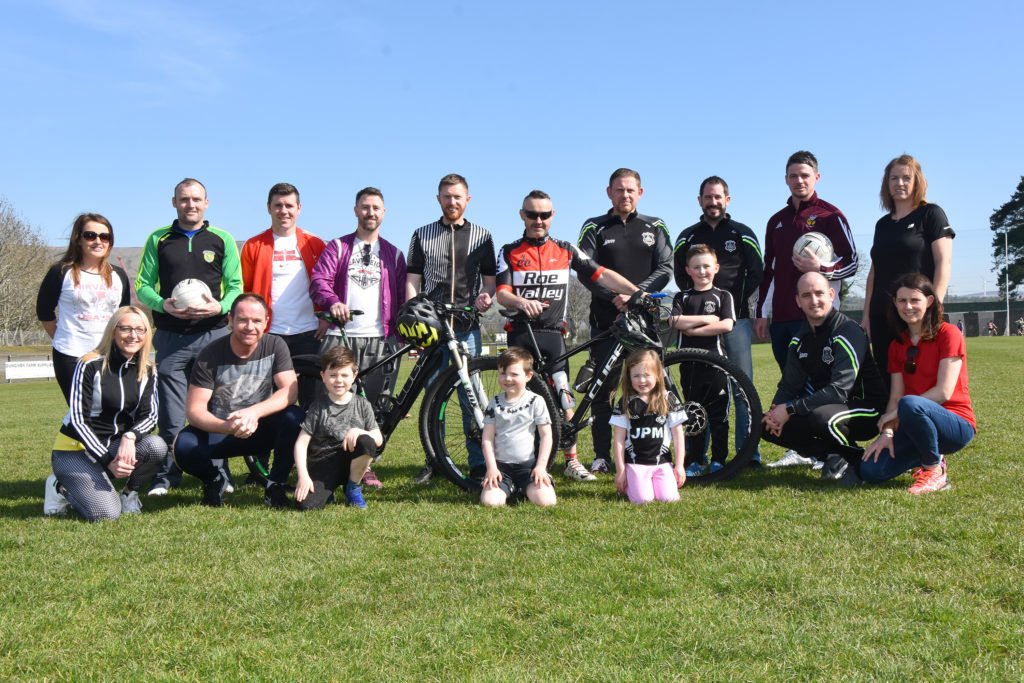 Members of the Murphy family in Dungiven are joined by local runners, cyclists and sportsmen to launch the Foyle Hospice fundraiser in memory of the late Andy Murphy, set for June 3rd. Also pictured are former Derry players Paddy Bradley and Paul Cartin who will both be going head to head with ther former team mate Paul Murphy in the over 35s football tournament as part of the day’s events. 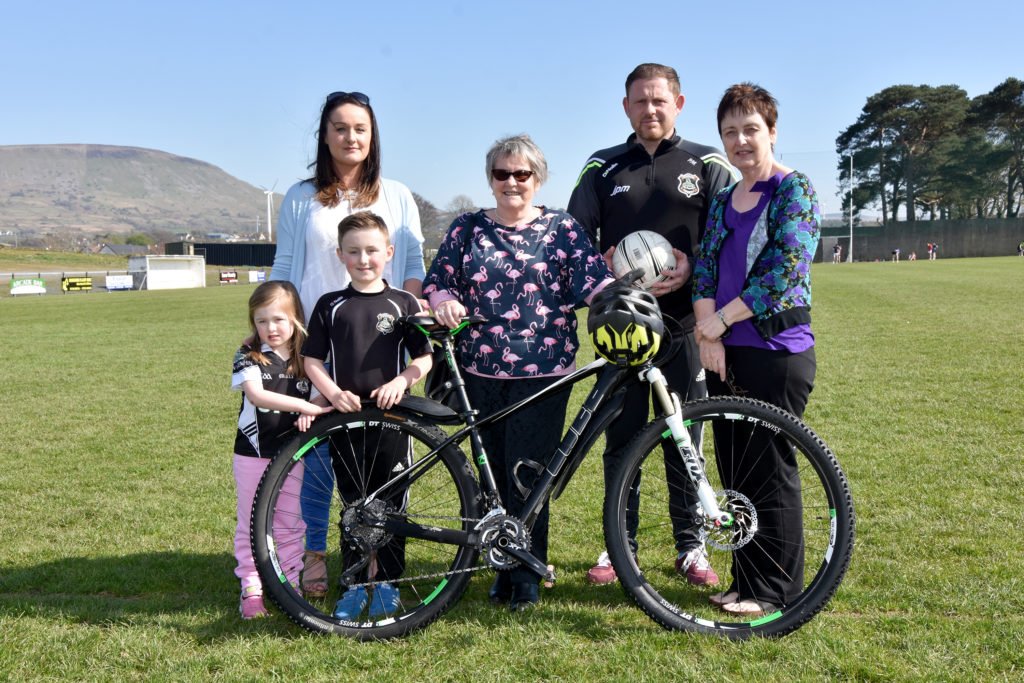 Former Derry star Paul Murphy is surrounded by his aunt Teresa O’Hagan (nee Murphy), his mum Betty Murphy and his wife Michellle alongside their children Faye and Enda at the launch of the family event to help raise funds for Foyle Hospice in memory of the late Andy Murphy set to be held at St. Canice’s GAA on Saturday June 3rd.