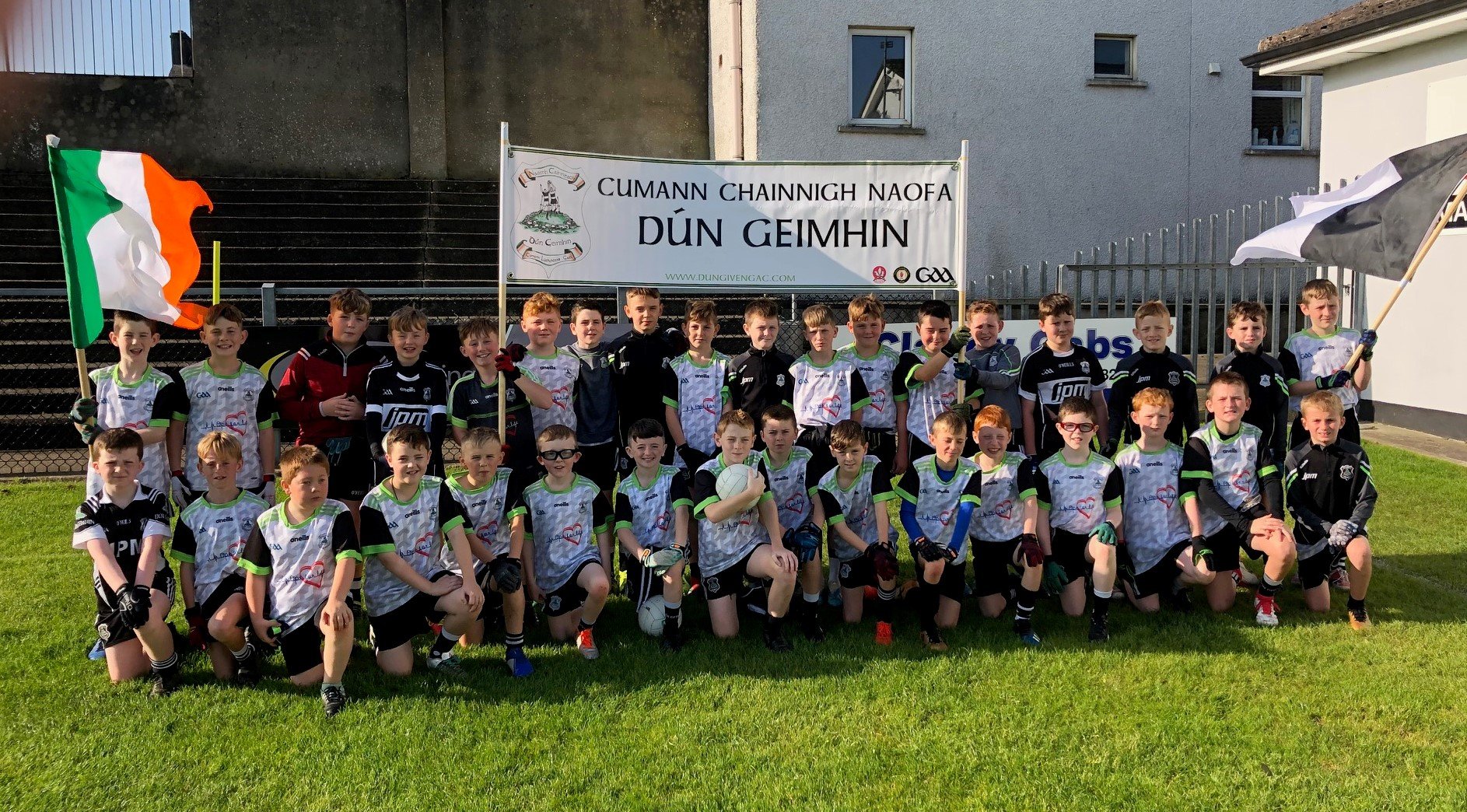 On Saturday 21st September we hosted our annual under 10 tournament at Páirc Uí Caíthain.

On a day which we were blessed with glorious sunshine teams from Kilcar, Magherafelt, Glen, Claudy and Dungiven graced the pitch and battled it out over the course of the day to see who would come out on top.

The ‘A’ grade it was a very close affair with group games only decided by the smallest of margins at times and the standard of play was of the highest quality. It was Glen v Kilcar in the Cup final while Dungiven v Magherafelt competed in the Shiled final. Glen and Kilcar proved themselves to be the best of the A grade reaching the cup final. Kilcar defeated Glen in the last group game making them favourites for the final. But the south Derry men got there revenge by defeating the Donegal men on a score line of 1.6 to 1.13.

The shield final followed a similar path to the cup final, with Dungiven beating Magherafelt by the narrowest of margins in the group game but were pipped at the post by the ‘Rossas’ in the final. Both finals were a credit to the clubs involved with the spirit that they were played in.

In the ‘B’ grade St Canice’s had two teams in this section and they were so evenly matched that they were only separated by the final kick of their group game. The teams reaching the semis were decided by goal difference showing how tightly contested the group games were and after the semi finals we got a Dungiven v Claudy final. This final was the last game of the day and even though the lads were tired from playing all day they never let up in this final. The score taking was brilliant and the tackling intense, but in the end Claudy came out on top in a fabulous game. On a scoreline of 1.7 to 0.6

We would like to thank all the clubs for attending and donating to our chosen cause, which this year is Rosmar School.

Thank you to the parents who made sandwiches or donated buns and biscuits for refreshments and to those who came to help give it out on the day.

A special thanks to Lynch’s Spar in the town who generously donated bottled water to all the teams who entered. It great to support your local businesses.

Player of the tournament A grade Sé Molloy (Glen)

Player of the tournament B grade Corey Gray (Claudy)

Thanks again for all your support and we look forward to seeing you all again next year.