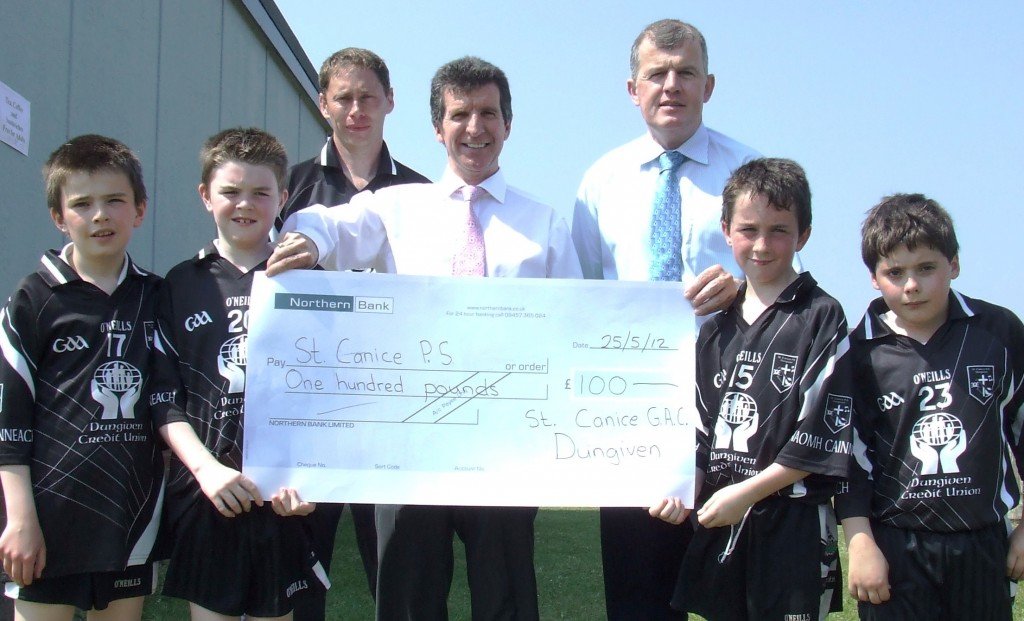 Over 200 children from 8 schools took part in St Canice Primary School Annual Gaelic Blitz which was held  on Fri 25th May. The Blitz was organised by Mr Tracey. Trophies and medals were sponsored by St Canice GAC Dungiven. The Blitz had an A and B section. The A Final was between St Peter’s Moortown and Holy Family Magherafelt,  Moortown won after a very intense game right to the final whistle. St Peter’s Moortown player of the final was Eunan Devlin.  In the B final St Patricks and St Josephs Glenullin played the Parish Team, Glenullin won this section. Caolan Mc Intyre from St Canice’s Dungiven was awarded Dungiven’s player of the day. A big thank you to Richard Ferris, Aidan McLaughlin, Paddy McNeill, Francis Dillon, Gareth O’Doherty, Barry Mc Reynolds, Sean Lynch and James Higgins who helped referee the matches. The Parents Association and Canteen staff provided a shop. Cathy Tracey, and Carmel Campbell ensured there was an endless supply of tea, sandwiches and buns.

A great days football was had by all and there was a very high level of skill on display. St Canice Primary School would like to thank all the schools for taking part and everyone who helped make the day such a success.